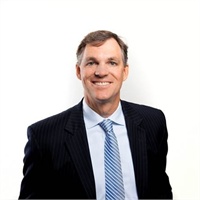 Jason Steele is Founder and CEO of Weston Banks Wealth Partners, a comprehensive wealth management firm based in Raleigh, North Carolina. Jason began his career as a celebrated sales agent for the Southwestern Company while still in college. The skills acquired at that young age, selling books door-to-door on hot summer days, carry him to this day; a kind leader with a tenacious pursuit of excellence, a forward-thinker prepared for bumps in the road, and an innovator determined to do things better than the status quo.

He developed College Funding Resources early on in his career, offering tax strategies for affluent families and financial aid strategies to low-income families. An earnest planner, Jason began thinking outside the traditional business model that firms and larger wire houses use to do planning today.

Jason found that the rapid rise in technology dramatically contrasted with inflexible big-box investment practices, so he began to implement and assist in creating a new goal-oriented philosophy which defined year-end planning targets.

Chief strategist and innovator at Weston Banks Wealth Partners, Jason has developed the Weston Banks Focus Directive Portfolios, including the Tactical Growth IRA Enhancer Strategy; the Financial Investing for Life and Legacy investment philosophy, and the Weston Banks 1031 Exchange. He is a recognized leader in the industry, serving on the President’s Advisory Council for Prospera Financial Services and a frequent speaker and coach.

Jason spends his additional time as Chairman of the Board for Theatre Raleigh. He has spent over a decade as a recognized Capital Area Soccer League (CASL) coach. A North Carolina State University graduate, Jason has lived in Raleigh, North Carolina since childhood. He and his wife, Amanda, have three sons, Granville, Fletcher and McCauley.